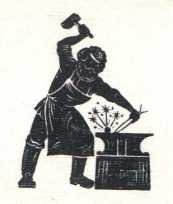 “You know, as though the fairy tale got in a fight with something and lost,” Sagacia argued. “Or it got hammered by a blacksmith. Or crushed in the fist of a giant.”

“Yeah, but it’s not like the fairy tale itself was actually broken,” Simplia defended. “It wasn’t shattered or smashed. It doesn’t have to wear a cast or walk with a crutch for the rest of its life. The story is still there; it’s alive and well.”

“I know,” Sagacia sighed. “What I mean is, it’s not really violent like that. What really happens is that someone–could be one of our magical friends who loves stories deeply–someone, took a tale they loved, and just tickled it. They made it laugh. They turned it over on its back and just went at it with their tickle fingers. kitchy-kitchy-kitchy-koo. They found some vulnerable spots and tickled away relentlessly until the story yelled ‘stop!’ And then they did stop. It’s a love thing. It’s just another way to make a story give more to the people hearing it or reading it. It’s not violent at all!”

“And it’s not that big a deal, really. It’s just one of the things storytellers do: change things. They’ve always done it.” Sagacia was on her soapbox, now, and simply agreeing with her was not enough to stop her.

“In fact, it’s a storyteller’s responsibility to make the story as rich and meaningful to listeners as possible,” she continued. “Which means you have to keep trying to make it better and better, examine all sides of it, hold it up to the light, like a crystal; watch it gleam and glisten from lots of different angles.” Sagacia stopped for breath and, surprisingly, did not start up again.

Simplia was looking at her hard, willing her to remain silent. It seemed to be working.

“Camille Born said that, too,” Simplia ventured to say at last. She  picked up the letter with the Mahomet, Illinois postmark and read aloud.

If Jacobs and Grimm and all the rest had not written them down, the tales would have continued to change as they were passed down orally… wouldn’t they?

“Of course!” Sagacia inserted, earning a warning glare from her companion. “Same could be said of Bible stories,” she risked, but earned the glare again.

So what’s the big deal if we retell them from varying viewpoints or make them funny by fracturing them? They still illustrate some universal truths, and we can all use a good laugh now and then. Chill.

“And this one’s from Priscilla Howe,” Simplia said, picking up the letter from Chile.

What Camille said. Or as the French would say, ‘Autre temps, autre moeurs’ (Other times, other customs). What works for one generation doesn’t necessarily work for another. O in O might need to take a clue from descriptive linguists who know that language is constantly changing and that there is no one time in history when language (English or any other) was perfect, despite what those who decry the split infinitive say. But now I’m off on another track.

Essentially, stories change with the times and no matter how hard O in O digs in his or her heels, they will continue to change.

“And Adam Hoffman has something to say about this, too,” Simplia said, picking up an envelope with a New York postmark and shaking out the letter inside. “Listen.”

Stories change as they’re passed around. That’s the nature of folklore. I think O in O should be less concerned with how others tell the story and more about he or she would tell it themselves. That’s the only thing that matters in the end.

“What Adam said!” Sagacia repeated. “Times two.” She thought a while, then added, “But, as Outraged in Ottowa insists, there is a sacredness to lore, isn’t there? So where does the tickling end and the sacred begin?”