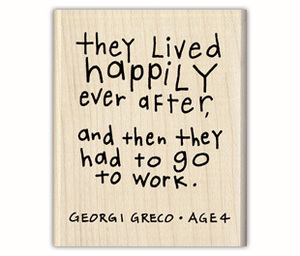 (found on quotespictures.com, and we’re pretty sure it’s okay to use it here.)

“I’m going over the conclusions to some fairy tales I know. Just off the top of my head, I can’t think of one that ends in ‘happily ever after.'”

“What fairy tale was that one — about the flames of hell?” Sagacia asked.

Sagacia nodded, “I know that one. It’s ‘The Old Woman Who Lived in a Vinegar Bottle.”

“Yep. And this: ‘He found exactly the luck he deserved.'”

“Oh yeah,” said Sagacia. “‘The Man Who Had no Luck.’ Definitely not happily ever after; he got eaten.”

Sagacia handed her a printout from the website of the International Reading Association and National Council of Teachers of English.

Aside from a couple of eye rolls, Simplia retained her composure until she came to the ninth element:

She spluttered, “What?! This is what teachers are teaching teachers to teach!”

“They mean well,” her friend assured her.

“But they’re wrong!” Simplia insisted. “‘In the red-hot slippers she danced til she fell down dead.’ Oh that’s a happy ending! Cathartic…I’ll give you cathartic. Closure — Yeah, for closure you can’t beat that one. There’s one bad guy who isn’t coming back. A satisfying ending — sure, if you like that sort of thing. But happy?! If Sleeping Beauty, the prince and the seven dwarves were happy with that fairy tale ending, they were as monstrous as the witch!”

Under her breath, Sagacia said, “Actually, I think Angela Carter picked up that very thread in one of her stories.”

Simplia seethed in a stew of righteous indignation. Her friend said, “Think of ‘happily ever after’ the way some of our magical friends have thought about it.”

She laid a pile of papers on the coffee table. Simplia picked up the one on top.

As for “ever after:” I think it depends on the culture… In Hungarian we say “they lived happily until they died.” It sounds a little depressing, but I like it. …an “ever after” moment…I feel like that’s an issue of closure: After going through so much, we feel like they deserve a point after which they are fine :)

Priscilla Howe picked up the thread:

And as for “…happily ever after” I agree…that it’s an issue of closure. Even though as grownups we know that happily ever is evanescent, I still feel that satisfaction of having been on a difficult journey and then arriving home safely. It’s a way to offer comfort to the listeners in a world that isn’t always comfortable.

Simplia shuffled Marion Leeper’s paper to the top of the stack and read:

I agree… ‘happy ever after’ is a way of saying ‘and now we’ll leave the story in the world of story and come back to reality.’

By this time, the simpler of the Simpletons had settled down a bit.

“Okay,” she said, “I get it. Sort of. Not really, but sort of. ‘Happily ever after’ is an incantation. To close the story.”

“Exactly!” said Sagacia. “And we know how important those closures are. Remember the trouble Big Anthony got into when he didn’t know how to get the pasta pot to quit making pasta. And…well, a neglected incantation explains why the sea is salty.”

Sagacia nodded. “True. And when you’ve got your brain plugged in better and your head screwed on a little more securely, we’ll explore the rest of these replies…and any others that come our way in the next few days.”

Simplia handed the stack of letters back and sighed, “Right now, I just want to sit here and watch you knit.”

Murzik made his way into her lap, kneading and purring and demanded to be scritched.

“Yeah. Pet the cat and watch you make something out of yarn that isn’t a story.”

7 thoughts on ““So it’s back to the flames of hell with you, and leave this boy alone!””