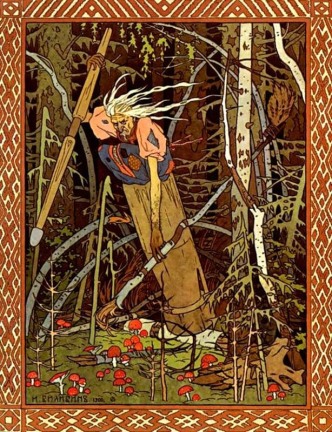 Simplia stuffed into a manila envelope the responses to Morbid in Montana’s question about just deserts for villains who reside in libraries under the Dewey Decimal number 398.

She continued, “Y’know, if I were that deathless Russian dude who couldn’t be killed…”

“Yeah. Him. If I were that guy, after a few centuries of being tossed over Niagara Falls in a spiked barrel, I’d be ready to cash in my chips. Think about it. He’s evil. That’s why he exists. To be bad, so the good guys can have their story. And every time a good guy vanquishes him, he’s subjected to unspeakable torture.”

Sagacia’s eyes grew wide and she sat up even straighter than usual.

“Do not tell me you’re going soft on sadists,” she said.

“No! But do you think the pleasure of being a bad guy offsets the punishment of being vanquished and tortured? Or is that little ‘thing with feathers’ fluttering in his bosom and promising that next time he’ll be so much more powerful.”

Sagacia pondered for a moment and said, “We could get into a whole thing on parallels between fairy tale villainy and the appeal of narcotics.”

“Later,” said Simplia. “We gotta get this packet to the post office. Did you see the new responses to Morbid’s query?”

She handed the unsealed envelope to her friend who fished out three new scraps of paper. Sagacia perused them and mumbled, “Adam Hoffman has an interesting take on the matter.”

It depends on who you consider to be the villain. Many people consider the 13th fairy from “Sleeping Beauty” stories to be a villain (probably because of how she’s depicted in movies). And it’s hard not to see her as such considering the pettiness of the spell she casts on the young princess. But she just disappears from most versions of the narrative after she casts her spell and is never seen again. …(I)t’s possible that we’re not supposed to see her as a villain but rather as being more like a magical force of nature considering how the fair folk are known for being capricious, petty and unpredictable as well as just a bit beyond the ken of humanity. The villain is often in the eye of the beholder.

Simplia held up one finger as she enumerated, “That’s one upshot: They fade into the mist and are not heard from again. And maybe this fade out is an indication that, as Adam suggests, they are no more than agents of conflict — without whom we have no story — rather than malicious villains.”

Hungarian fairy tales have some pretty gruesome punishments for their villains. It is common to have them tied to the tail of a wild hose and dragged to death (in the case of female villains, by their hair), Quartered by horses, put in a barrel bristling with nails on the inside, or sewn into an ox hide and drowned/left to die. Burning at the stake also appears (especially in 12 Dancing Princesses variations where they are executed for witchcraft).
I do agree that most fairy tale villains need to die, or at least receive due punishment (kids actually demand it if it doesn’t happen). But I have never been a fan of excessive cruelty, especially in the case of female villains (who seem to fare worse). In some cases, redemption also has its place. In the tales I’m translating now for my next book, there are examples of both, all from the same folk teller. I don’t think it has ever been either-or.

“Two.” Simplia held up another finger. “They die. Often so horrifically that we wonder if the ‘heroes’ don’t foster a little streak of sadism in themselves.”

And finally, Sagacia read what Jane Dorfman had to say:

I agree the true villain has die, or at least get his just desserts. Mr. Fox needs to get cut up by the brothers, perhaps into tiny pieces. And no sharing for the Little Red Hen….

Simplia said, “So she concurs with the school of thought that says you have to make it clear that the threat is gone for good and will not come back. But there’s upshot number three,” another finger up, “where you have victims forgiving perpetrators.”

“Where does that happen?” Sagacia asked.

“In ‘One Eye, Two Eyes, Three Eyes,’ off the top of my head. The victimized Two Eyes forgives her family members, who have treated her abominably. Of course, she’s too busy surviving to forgive anybody until she’s rescued and safe and rich and loved. But then she brings the two who hurt her worst under her wing and… You’re not paying attention.”

Indeed, Sagacia had been staring into space for the past minute or so. She shook herself back into the present tense.

“I’m sorry,” she said, “I just had to go back to Adam Hoffman’s comment about how maybe ‘villain’ is in the eye of the beholder. I’m thinking about Baba Yaga. Yes, she was fierce and, yes she ate children…”

“…bad children, and yes she abused her power sometimes. But it was through her agency that Vasilisa came into her own strength, grew up, and was freed from her victimization.”

“There’s a topic of conversation for a long winter’s night,” said Simplia. “But it’s still summer and warm and not quite dark. Let’s get this packet to the post office and then stop in at the Fairy Tale Lobby for a cup of tea and some gingersnaps.”