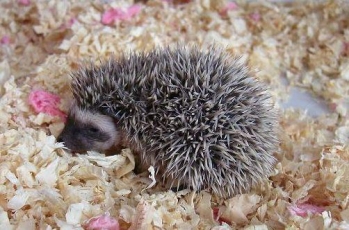 Simplia struggled with the new bottle of allergy pills.

“This is worse than finding out where to start on a roll of packing tape.” She extended the bottle to Sagacia and said, “Help? Please?”

Sagacia’s thumbnail found purchase on the edge of the label. As she pried it loose, the bottle slipped from her hand and rolled across the kitchen floor, unfurling about a yard of label.

“Holy cow! Three feet of warnings and side effects. I think I’d rather scratch and sneeze.”

Sagacia, squinted at the small print, and as she read, she began to smile. “No warnings. No side effects. Just take your pill and sit down while I read the back of this label to you.”

Simplia almost snorted water out her nose. “Blffp! Of course. It’s the Magical Third of the Month. This morning when I woke up, I thought to wonder as to the nature and delivery method of our monthly missive. Read on.”

I recently scored a copy of Duncan Williamson’s “Fireside Tales of the Traveller Children,” and the very first story in the collection, “The Hedgehurst,” puzzles me greatly. It’s rich with common fairy tale motifs, one of which is “be careful what you wish for.” A childless woman wishes aloud for a baby and says that even if her baby looked like a hedgehog she would love it dearly. A wicked fairy hears the wish, and nine months later there’s a bouncing baby hedgehog in the family. He’s very smart. Very independent. He grows up very quickly.

The story was transcribed from a recording of Williamson himself telling it, and I was enthralled throughout. But toward the end, the unfortunate creature marries a princess and on his wedding night, when he thinks his bride is sleeping, he takes off his bristles and she sees that under the bristles his form is as human as any other man she’s ever met. She’s neither spoiled nor petulant; she’s resigned to her marriage as a matter of honor; but there’s apparently more magic afoot here than a simple talking, human-sized hedgehog. He has a good manners and a deferential way about him, AND he’s also not bad looking once he drops the quills. So, next day she visits the henwife.

Williamson’s editor differentiates between “henwife” (generally helpful) and “witch” (generally not so much), so I’m all set up to trust that the henwife has the best intentions. But my heart leapt to my throat when she told the princess that as soon as her husband takes the quills off she must seize the opportunity to burn them to ash. I have a nodding acquaintance with selkie stories — which are, like Williamson and like this story of the hedgehurst, also native to Scotland. For selkies, their sealskins are inseparable from their souls, their identities, their destinies. So I was terrified that it would be the same for this admittedly odd looking but fundamentally very decent hedgehurst creature.

But it all worked out fine for him. His clever wife and the henwife had broken the spell that consigned him to a hedgehog’s exterior for 23 out of every 24 hours. He turns into a 24/7 human being and they all live happily ever after.

So…I guess I’m curious about why some skins are “soul” skins and some skins are “spell” skins. Vasilisa, would you mind tossing this matter out to your friends at the Fairy Tale Lobby and … discuss.

Thanks ever so much —

“And we gotta dispatch this month’s missive to our friends at the Fairy Tale Lobby to see if they have any light to shine on the subject. We’ve talked about disguises, but these characters — hedgehurst and selkies and…who else, I wonder — aren’t trying to convince anybody they are anything other than who they really are.”

Simplia was making an inventory to herself. “Seals, hedgehogs…there’s that snake in the Turnip Princess. The Beast in Beauty and the Beast — does he qualify for this discussion? Or Lady Ragnell? Or the White Cat? Or that prince that got turned into a deer? The wild swans? They don’t ever come out of their beastly skins until the spell is well and truly broken…well, Lady Ragnell states that that’s one possibility for her… Help. I think I’m overheating my brain.”

Sagacia cautioned her friend, “Let’s see what other people have to say about it. Bring along the pill bottle.”

3 thoughts on ““On pain of overdose, I’m supposed to read the small print UNDER the label?””